In my previous post on two-kingdom theology, I tried to make precise and concise distinctions and incorporate my other work on social hierarchy to develop an “anti-modern”  position in opposition to the modern variants of 2k theology. In this post, I further question the consistency of the most modern version put forward, namely, the 2k theology of those at Westminster Seminary California. 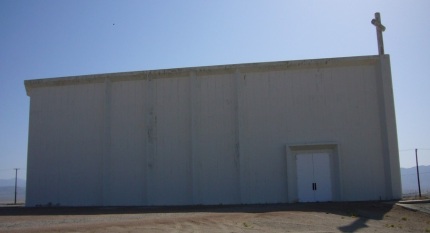 Calvin on natural and supernatural gifts

I feel pleased with the well-known saying which has been borrowed from the writings of Augustine, that man’s natural gifts were corrupted by sin, and his supernatural gifts withdrawn; meaning by supernatural gifts the light of faith and righteousness, which would have been sufficient for the attainment of heavenly life and everlasting felicity. Man, when he withdrew his allegiance to God, was deprived of the spiritual gifts by which he had been raised to the hope of eternal salvation. Hence it follows, that he is now an exile from the kingdom of God, so that all things which pertain to the blessed life of the soul are extinguished in him until he recover them by the grace of regeneration. Among these are faith, love to God, charity towards our neighbour, the study of righteousness and holiness. All these, when restored to us by Christ, are to be regarded as adventitious and above nature. (2.2.12)

Calvin continues in the next paragraph:

It may therefore be proper, in order to make it more manifest how far our ability extends in regard to these two classes of objects, to draw a distinction between them. The distinction is, that we have one kind of intelligence of earthly things, and another of heavenly things. By earthly things, I mean those which relate not to God and his kingdom, to true righteousness and future blessedness, but have some connection with the present life, and are in a manner confined within its boundaries. By heavenly things, I mean the pure knowledge of God, the method of true righteousness, and the mysteries of the heavenly kingdom. To the former belong matters of policy and economy, all mechanical arts and liberal studies. To the latter (as to which, see the eighteenth and following sections) belong the knowledge of God and of his will, and the means of framing the life in accordance with them. As to the former, the view to be taken is this: Since man is by nature a social animal, he is disposed, from natural instinct, to cherish and preserve society; and accordingly we see that the minds of all men have impressions of civil order and honesty. (2.2.13, emphasis added)

The earthly things, or natural gifts, relate to this present life, the sort of actions humans take in the civil sphere—the civil kingdom. And the natural gifts include cherishing and preserving the political community, honesty and civil order, and issues of political policy, mechanical arts (economics), and liberal arts. In sum, the natural duties encompass most of our public and civic relations—most of our activities on earth, particularly those in everyday life.

Since natural duties pertain to our actions, Johannes Althusius says that non-Christians can theoretically be called “just, innocent, and upright” in their civic life:

If the external and civil life of words, deeds and works is accompanied by true faith—together with holiness of thought and desire, and with a right purpose, namely, the glory of God—then it becomes theological. So therefore, when the works of the Decalogue are performed by the Christian to the glory of God because of true faith, they are pleasing to God. But if, to the contrary, they are performed by an infidel or heathen, to whom the Apostle Paul indeed ascribes a natural knowledge of and inclination towards the Decalogue, these works are not able to please God. But in political life even an infidel may be called just, innocent, and upright because of them. (Politica, XXI.48)[1]

In the civil kingdom, infidels can be “just, innocent, and upright.” Why? Because their actions conform to natural duty. But such actions, while publicly and externally good, are not ultimately good, because infidels cannot act in faith. It is in conformity to natural duty and supernatural duty (i.e., faith) that makes an action a good work (i.e., pleasing to God). Notice that faith does not affect the external action, only the internal intention. Christians must act on earth with a view to the heavenly. We act both for this present life and for the life to come. It is crucial to recognize that the two classes of duties (natural and supernatural) are separable only in the abstract while we are on this side of eternity. All good works on earth are actions in conformity to nature and done in true faith. There are not two types of good works, but one type with two conditions.

Relevance to the two kingdoms

What relevance does this natural/supernatural distinction have for two-kingdom theology? If the ecclesial society (the local church) is tasked with encouraging, in various ways, growth in sanctification, then it must be a place that encourages conformity to natural duty as well as acting in true faith (i.e., the supernatural duties). For natural duty is an essential condition of good works in most of our public activity. And since cherishing civil society and the political community is a natural duty of humans (as social animals), it is also a matter of our sanctification.

We can approach this from a different angle, using the argument from my previous post.

The church as an institution has a civic and cultural message because the Gospel is more than the proclamation of the eschatological/spiritual kingdom; it also proclaims the restoration of adamic dominion under the Final Adam. In other words, the Gospel not only announces the coming spiritual kingdom and the conditions of entering it, but also brings about the renewal of believers to the natural order. This natural order is what Adam was tasked to bring to maturity. It was Adam’s social agenda, if you will. It was part of Adam’s holiness to be proper social/political human animals in creation. This is an essential feature of being human. So our socio-political activity must be part of our sanctification. And since the local church is a community committed to growing in sanctification, the church ought to proclaim a civic and cultural message.

This is a serious problem for modernist 2k theologians like R. Scott Clark, who a while back wrote the following:

Under the rubric of Calvin’s “twofold kingdom” Christians do have a place to “engage the culture” and to speak to broader issues but they must be willing to do so in their capacity as private persons, as members of society, and not as representatives of the church. In other words, whatever social agenda a Christian pursues is one thing but leave the visible, institutional church out of it. The church, as a visible institution, as the embassy of the Kingdom of God and the Kingdom of Heaven, has no social agenda for the wider civil and cultural world.

I have my (now more conservative and libertarian) social views, which I express in social media and elsewhere but I am constrained as a minister not to seek to use my office to achieve my social goals. This is not to say that the Christian faith has no social implications. It does but I am not free to use the pulpit or the congregational prayer to impose my social views on the congregation.

Clark’s understanding of Calvin’s 2k theology has been shown repeatedly to be false (here, here, here, and here). But we should notice the implication here. What is the justification for refusing to preach on some natural duties and not others? He says,

The church, as a visible institution, as the embassy of the Kingdom of God and the Kingdom of Heaven, has no social agenda for the wider civil and cultural world.

But the kingdom of God is not a matter of eating and drinking. Would Clark then refuse to preach on our duties to the hungry downtrodden, because it is a matter of eating and drinking? Would he tell his congregation to give the message of the Gospel to the homeless and hungry, but not tell them to offer food and shelter? Is the command to honor your father and mother outside the concern of the church because there will not be parental authority in the kingdom of God? The logic of his statement makes all natural duties that do not have a place in the eschaton outside the concern of the visible institutional church.

But I bet that he is willing to preach on all sorts of natural duties, just not, as he says, the civil and cultural ones. His delimitation is clearly ad hoc: there is no justification for throwing out the “social agenda” that would not also throw out the rest of natural duties.

The point is that Clark’s modernist 2k theology has serious problems. Since civil and culture activity are part of our natural duties (as social animals, according to Calvin), since natural duties are essential to good works, since good works are the product of sanctification, and since one of the local church’s tasks is to be a place in which one grows in sanctification, it is the local church’s task to encourage Christians to conduct proper civil and cultural activity. Otherwise, the local church has no role in encouraging a Christian to act in accordance to any natural duty, and therefore no role in encouraging good works, because good works essentially include conformity to natural duties.

The absurdities to which Clark’s (and DG Hart’s) 2k theology leads is a good reason (usually absurdities are) to dismiss them, but there needs to be some clarification. There is a common assumption that a “social agenda” and civil and cultural activities refer to additional things we do, such as protests, petitions and things of that sort. But this is a modern way of looking at political activity. Calvin, Althusius and Turretin (see footnote 1) make no distinction between political activity as the actions primarily of everyday life and additional activities that we take on in addition to everyday life. Clark seems to assume that political activity is an addition: “I express [my political view] in social media and elsewhere.” This assumes that socio-political change is fueled primarily, even exclusively, by movements, supported by additional duties people take on. But social organization, economic activity, and our cultural expressions were formed and are sustained by everyday activity, not by movements alone. It is the everyday activity of buying coffee that allows Starbucks to put so many locally-owned coffee shops out of business. The little things we do collectively shape our world far more than movements.

And, as I’ve shown in another post, Calvin explicitly had a “social agenda” when he preached. Either Calvin was inconsistent (which is the modern 2k advocate’s go-to explanation) or he was consistently applying the social agenda of the created order, the order Christ restored.

___________
[1] See also Turretin in Institutes 10.5.4: “As the moral actions of the heathen are not sins per se (and as to the substance of the work), but by accident (and as to the mode of operation) in the essential conditions (on account of the various defects mentioned before); not on that account is it better to omit than to perform them, lest we sin (but the defects should rather be corrected and supplied). What are of themselves sins forbidden of God should be omitted; but what are only accidentally such from some defect of circumstances should not be omitted, but corrected.”

3 replies on “Natural Duties and the Two Kingdoms”