With the denunciations of the Charlottesville “Unite the Right” protest beginning to subside and our attention turning to reflect on how we got here, I’d like to offer some thoughts on why some Christians, particularly evangelicals, are drawn to the alt-right, white nationalism, and even white supremacy. Like the aftermath of the Trump victory, evangelical leaders have begun to blame others for this mess. They blame Trump, the “silent” pastors, the alt-right, Richard 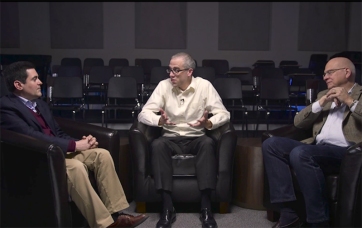 Spencer, the “old guard” of the Religious Right, and others. Strangely, few if any of these evangelical leaders have looked in the mirror for answers. After all, despite being the leaders, they have failed to influence their followers. I argue here that evangelical intellectuals and leaders share the blame.

For decades and especially in the last two years evangelical leaders and intellectuals have provided no robust political alternative between mainstream conservatism and radical rightism. There have been very few constructive and positive works and discussions on place (though see this one), nationality, territory, generational solidarity, etc. Instead you find a tremendous amount of negativity toward those concepts. Russell Moore stands from the towers of the anti-evangelical Washington Post and New York Times and calls his own people “nativists” and “xenophobes” and on the “wrong side of Jesus.” There is no positive acknowledgement by him and any other evangelical leader of the basic human need for a connection between people, place, and things through generations, something found throughout the world in all of history. Rather, with derision and calumny, he and others attack to destroy these concepts with pseudo-courageous, comfy and incoherent gospel-talk.

Most of what you find now in respectable evangelicalism is the sloganeering talk of the #commongood, attacks on “white privilege,” and other special interest advocacy that seems always to derogate straight, white men. Rather than looking like conservatism, their politics resemble something arising from leftist sensibilities, seemingly cherishing internationalism and a nation-less world and a civil society where we all enjoy solidarity in the thought that each of us is an instantiation of that celebrated abstract human. With the relentless onslaught against them, coupled with the absence of any political alternative besides an abortion-less and limp-wristed left-liberalism, is it any surprise that white men have taken the great leap from mainstream conservatism to a more radical right?

I know many Reformed Christians who like me are more right-wing yet not mainstream or “alternative,” and have no interest in “white nationalism” or “white supremacy,” who feel like they have no place to go. There is no ideological anchor between these two ideologies. We don’t fit anywhere. And why is that? Because evangelicals like Moore and others mercilessly attack without qualification all people to the right of them. And with simplistic, misinformed, and incoherent political theology, he provides people the language to undermine any attempt to form an alternative to the “alternative.” The unqualified denunciation of “nativism” and the accusations of “xenophobia” have established and solidified a set of vague and undefined slogans through which to reject any political idea that one feels fits those slogans. Evangelical political theology is not a system or framework of thought, but a series of disparate slogans, catchphrases and weaponized terms to keep others on the right side of Jesus. Not only have evangelical leaders driven people to the radical right, the way they’ve gone about doing it precludes the sort of language one needs to develop a real alternative.

So don’t blame Trump, or Spencer, or anyone else in the alt-right. Blame yourselves and your colleagues. Look at your own tribe and admit responsibility. You’ve failed to provide what human nature desires: a place where the dead live on and are respected in what endures past them and where the living train their young into that respect, thereby connecting the dead, living, and unborn. There is nothing out there like that in the evangelical respectable world. There is nothing but hatred towards the “idolatry” of family and nations. Where else will people go? To the left?

Most intellectuals, especially those on the left and the liberals, have almost extinguished in themselves the capacity to imagine being part of what Burke called the “eternal society”: the connection between the dead, living, and unborn. They’ve taken Tom Paine’s view of the matter, namely, that the connection between living and their dead is accidental and something easily dispensed with in the name of progress. So they have no problem setting their sights and firing off a broadside against past generations, especially against those who are not the “good guys” in their progressive historical narrative.

But average people don’t do this. They link together people, place, and things. Hannah Arendt makes the important point that the human world is made possible by the products of work that outlast those who made them. We wouldn’t even have a “world” if every product of human activity resulted in something as ephemeral as bread. We leave things behind. And we leave places behind as well—places with structures, rules, sacredness, places where memories are lodged and kept safe. Our natural relations between generations are bound up in things and places; we experience a trace of their lives in these things and places. Our positive regard to the dead is bound up in these things and places. Modern intellectuals often lack the imagination (having what Burke called “cold hearts and muddy understandings”) to grasp this, not realizing that by attacking the past they attack the present in a jarring way. Intellectuals see the world through the eyes of Paine and regular people see it through the eyes of Burke.

What happens when intellectuals and evangelical leaders attack our “racist” and “xenophobic” past? They not only attack the past, but people’s experience with the present. Regular people’s warm regards towards their life and place is tied with their affections for the past. The past and present have a linkage supplying meaning, comfort, and consolation in life. This is their world, and having nothing to share but their world, they train their children in it, thereby linking the dead, living, and unborn. This is, I submit, a fundamental feature of human being, something that can be extinguished only by a deliberate self-suppressive effort. This is why people are so defensive when their ancestors are attacked: it is an attack on one’s world, striking their very being. And as an attack on their world and being, it is an attack on life and its security. When evangelicals and other intellectuals attack the past, calling it “racist,” they undermine a basic feature of being human.

Where are white evangelicals who are subjected to this endless assault on their world going to turn to justify their affection for people, places, and things? When all they see from their “leaders” is denunciation after denunciation of “nativism”, where are they going to turn? The response to such relentless attacks is to defend and find ways to shore up your world. Most people, as I said, find their relevance and place in the world from their basic local and familial interactions, including interactions with those long-gone, whose life-stories are handed down to children at the dinner table. Not surprisingly the average person recoils from having their family accused of evil.

So what is their response? Most just try to find some pocket of existence where they can remain in quiet desperation with like-minded others, but many find ideological reasons to hold on. And who supplies them?: white nationalism, white supremacy, and the alt-right. There is no alternative. Let’s be clear: the people who drive Christians to these radical right groups are those Christian intellectuals who indefatigably accuse regular people’s world of being racist, while supplying nothing to shore up a connection between people, place, and things beyond mere abstractions and theologisms about the human person. These evangelical intellectuals have thrown people into the present, and the people respond by reasserting the past in the only ways available to them.[1]

The responsibility for white evangelical support for these groups should in part be placed on evangelical intellectuals and leaders. You should stop blaming others and blame yourselves for this mess. The way forward is this: supply what the average human being needs. Give them some reason to love the past in order to supply a set of affections for the present in which they can socialize their children. That is the human being, and it is time to accept it and accept your culpability in militating against it.

3 replies on “Why Evangelicals are Drawn to the Alt-Right”